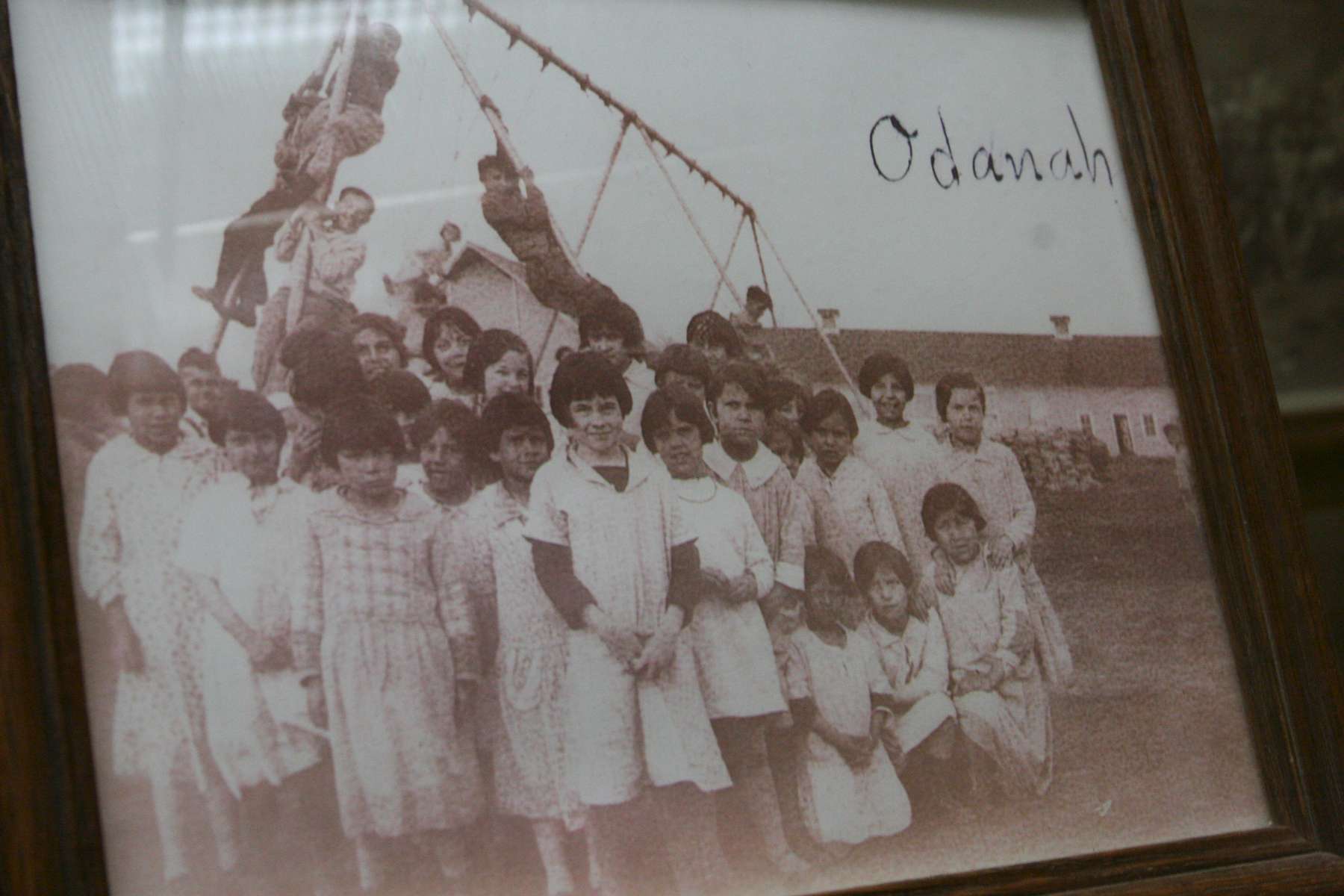 Trauma May Be Woven Into DNA of Native Americans

Trauma is big news these days. Mainstream media is full of stories about the dramatic improvements allowing science to see more clearly how trauma affects our bodies, minds and even our genes. Much of the coverage hails the scientific connection between trauma and illness as a breakthrough for modern medicine. The next breakthrough will be how trauma affects our offspring.

The science of epigenetics, literally “above the gene,” proposes that we pass along more than DNA in our genes; it suggests that our genes can carry memories of trauma experienced by our ancestors and can influence how we react to trauma and stress. The Academy of Pediatrics reports that the way genes work in our bodies determines neuroendocrine structure and is strongly influenced by experience.

[Neuroendocrine cells help the nervous and endocrine (hormonal) system work together to produce substances such as adrenaline (the hormone associated with the fight or flight response.] Trauma experienced by earlier generations can influence the structure of our genes, making them more likely to “switch on” negative responses to stress and trauma.

In light of this emerging science and how it works with the way we react to trauma, the AAP stated in its publication, Adverse Childhood Experiences and the Lifelong Consequences of Trauma, “Never before in the history of medicine have we had better insight into the factors that determine the health of an individual from infancy to adulthood, which is part of the life course perspective—a way of looking at life not as disconnected stages but as integrated across time,” according to the AAP in their recent publication examining the role of Adverse Childhood Experience (ACES) on our development and health. The now famous 1998 ACES study conducted by the Centers for Disease Control (CDC) and Kaiser Permanente showed that such adverse experiences could contribute to mental and physical illness.

Folks in Indian country wonder what took science so long to catch up with traditional Native knowledge. “Native healers, medicine people and elders have always known this and it is common knowledge in Native oral traditions,” according to LeManuel “Lee” Bitsoi, Navajo, PhD Research Associate in Genetics at Harvard University during his presentation at the Gateway to Discovery conference in 2013.

According to Bitsoi, epigenetics is beginning to uncover scientific proof that intergenerational trauma is real. Historical trauma, therefore, can be seen as a contributing cause in the development of illnesses such as PTSD, depression and type 2 diabetes.

What exactly is historical or intergenerational trauma? Michelle M. Sotero, an instructor in Health Care Administration and Policy at the University of Nevada, offers a three-fold definition. In the initial phase, the dominant culture perpetrates mass trauma on a population in the form of colonialism, slavery, war or genocide. In the second phase the affected population shows physical and psychological symptoms in response to the trauma. In the final phase, the initial population passes these responses to trauma to subsequent generations, who in turn display similar symptoms.

According to researchers, high rates of addiction, suicide, mental illness, sexual violence and other ills among Native peoples might be, at least in part, influenced by historical trauma. Bonnie Duran, associate professor in the Department of Health Services at the University of Washington School of Public Health and Director for Indigenous Health Research at the Indigenous Wellness Research Institute says, “Many present-day health disparities can be traced back through epigenetics to a “colonial health deficit,” the result of colonization and its aftermath.”

According to the American Indian and Alaska Native Genetics Research Guide created by the National Congress of American Indians (NCAI), studies have shown that various behavior and health conditions are due to inherited epigenetic changes.

Authors of the guide refer to a 2008 study by Moshe Szyf at McGill University in Montreal that examined the brains of suicide victims. Szyf and his team found that genes governing stress response in the victim’s hippocampus had been methylated or switched off. Excessive trauma causes us to produce hormones called glucocorticoids which can alter gene expression. Chronic exposure to this hormone can inhibit genes in the hippocampus ability to regulate glucocorticoids. Szyf suggested that the genes were switched off in response to a series of events, such as abuse during childhood. All victims in the study were abused as children.

Nature or Nurture? It’s Both!

Szyf, in collaboration with another scientist at McGill, Neurobiologist Michael Meaney, did research showing a significant difference in the hippocampus between adults rats raised by attentive and inattentive mothers. Adult offspring of inattentive rat mothers showed genes regulating sensitivity to stress to be highly methylated. The rats with attentive moms did not.

This research seems to combine the historically polarizing theory of nature versus nurture in determining behavior. Nature is that which is inherited while nurture is the environmental influences.

Native researcher Teresa Brockie PhD, Research Nurse Specialist at the National Institute of Health suggests that such gene methylation is linked to health disparities among Native Americans. In her article in Nursing and Research and Practice, she and her research colleagues note that high ACE’s (Adverse Childhood Experience) scores have been linked to methylation of genes that regulate the stress response. They further noted that endocrine and immune disorders are also linked to methylation of such genes.

The researchers found that Native peoples have high rates of ACE’s and health problems such as posttraumatic stress, depression and substance abuse, diabetes all linked with methylation of genes regulating the body’s response to stress. “The persistence of stress associated with discrimination and historical trauma converges to add immeasurably to these challenges,” the researchers wrote.

Since there is a dearth of studies examining these findings, the researchers stated they were unable to conclude a direct cause between epigenetics and high rates of certain diseases among Native Americans.

One of researchers, Dr. Jessica Gill, Principal Investigator, Brain Injury Unit, Division of Intramural Research, National Institute of Nursing Research wrote in response to questions to the NIH’s public affairs office, “Epigenetic studies provide a unique opportunity to characterize the long-term impact of stressors including historical trauma on the function of genes. The modification of gene function through epigenetic modifications can greatly impact the health of the individual and may underlie some of the health disparities that we observe in populations including Native Americans. This line of research is of great promise for nurse scientists, as it will be instrumental in the promotion of the health and well-being of patients impacted by trauma and stress.”

Although epigenetics offers the hope of creating better and more specific medicines and interventions for mental health problems, it also suggests the notion that Native peoples and other ethnic groups may be genetically inferior.

Researchers such as Shannon Sullivan, professor of philosophy at UNC Charlotte, suggests in her article “Inheriting Racist Disparities in Health: Epigenetics and the Transgenerational Effects of White Racism,” that the science has faint echoes of eugenics, the social movement claiming to improve genetic features of humans through selective breeding and sterilization.

Epigenetics is indeed a hot topic, and pharmaceutical companies are actively searching for epigenetic compounds that will help with learning and memory and help treat depression, anxiety and PTSD.

Many researchers caution, however, that the new science may be getting ahead of itself. “There is a lot of research that needs to be done before we will understand whether and how these processes work,” says Joseph Gone, professor at the University of Michigan and member of the Gros Ventre tribe of Montana.

Scientific developments such as epigenetics can offer exciting new insights not only into how our bodies react not only to trauma but also how we manage to survive it.

Native peoples ability to maintain culture and sense of who they are in the face of such a traumatic history suggests an inherited resilience that bears scientific examination as well, according to Gone.

Isolating and nurturing a resilience gene may well be on the horizon.

This project is made possible by support from The Rosalynn Carter Fellowships for Mental Health Journalism and Annenberg School for Communications and Journalism, University of Southern California;  the Dennis A. Hunt Fund for Health Journalism.